The talk will describe a variety of efforts undertaken on analysis of  video to enhancement and synthesis of video. An overview of the past work on representing and analyzing videos as a stochastic process and use of this in a form of Video Textures will be provided.  Majority of the talk will then focus on the recent effort which resulted in a widely-used video stabilizer currently implemented on YouTube and its extensions. This method generates stabilized videos by employing L1-optimal camera paths to remove undesirable motions. We compute camera paths that are optimally partitioned into constant, linear and parabolic segments mimicking the camera motions employed by professional cinematographers. To this end, we propose a linear programming framework to minimize the first, second, and third derivatives of the resulting camera path. Our method allows for video stabilization beyond the conventional filtering that only suppresses high frequency jitter. An additional challenge in videos shot from mobile phones are rolling shutter distortions.  We demonstrate a solution based on a novel mixture model of homographies parametrized by scanline blocks to correct these rolling shutter distortions. Our method does not rely on a-priori knowledge of the readout time nor requires prior camera calibration.  This work is in collaboration with Matthias Grundmann and Vivek Kwatra at Google.
Via Distinguished Seminar Series in Computer Science Irfan Essa – GA Tech.

HIGH Museum/Lumière’s Fall Lecture and Panel Discussion on “Art In The Digital Culture… Threat or Opportunity?” 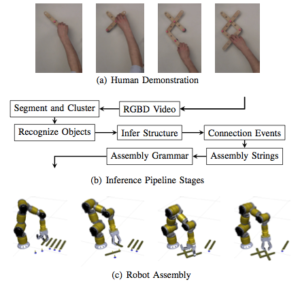